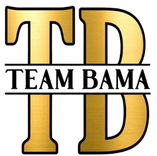 LUBBOCK, Texas — The Grinch is making appearances all across West Texas to bring smiles and holiday cheer.

Angela Moore, the Grinch’s assistant, said he has made 73 appearances from Lubbock to Amarillo and Midland since the Thanksgiving holiday. She said people have responded so well that people follow him on his Facebook page, just to find out where he will show up next.

“People love him. The schedule fills up so fast,” said Moore. “It’s wonderful to see the Grinch just bringing so much joy to the community.”

The Grinch can be seen traveling in a multicolored sports car dancing and accompanied by Santa Clause.

“I was in my shop working, and I got a call from the Grinch, and I thought he was starting early,” Santa said. “And this being 2020–when anything can happen, he had the idea of us teaming up together.”

Santa said the Grinch’s heart has grown, and he won’t be stealing gifts this year. Instead, he’ll be hosting a toy drive.

This site uses Akismet to reduce spam. Learn how your comment data is processed.